Born and raised in California, Jason worked for Hollywood briefly as an actor in his youth. He is known for his Chiquita Banana commercial and has also starred in other B-rated films and online internet series. He’s been a game show host for Disneyland and has his own IMDb page. “My parents pulled me away from the Hollywood scene at the age of 5, I do miss it but as an adult, I understand why they did it.  My life is still amazing,” he says, “I still do what I love, even if it is more of a hobby.” Jason loves singing and entertaining! He’s sung with the Turtle Creek Chorale at the Meyerson Symphony Center in Dallas and for many weddings.

In 2016, Jason joined our team working as a Brand Ambassador for Window Expo & Bath Expo. After a month of working as a Brand Ambassador, Jason was promoted to a Sales Representative position and currently works following-up with prospects to schedule appointments. Jason still assists as a Brand Ambassador and trains new hires at shows and events. “I love working with such an amazing team,” he mentions. Jason loves volunteering for our non-profit organization, Matthew 6 Ministries, and hopes in the future to help organizations like the Red Cross and FEMA with charity work. “I have a lot of time still, to give back, so I am making it my priority to help as many people as I can. I know I am doing it here at Window Expo & Bath Expo and I know I can do it for other non-profits one day.” 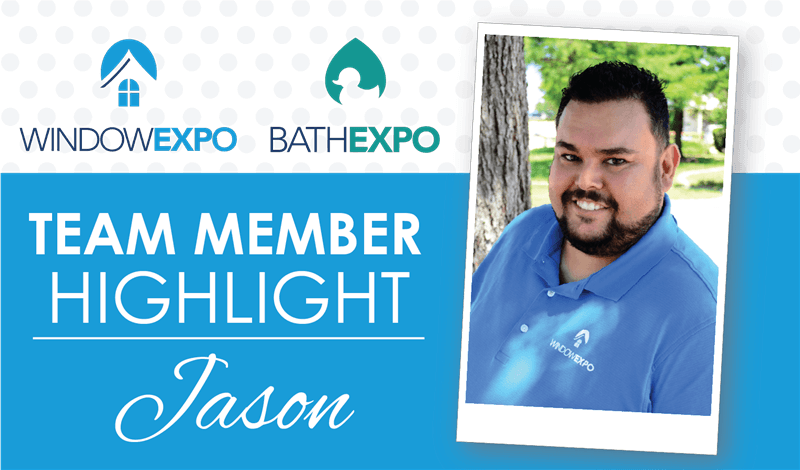 Get Your Free Quote Today